by Gab_M87 with The Folk Times 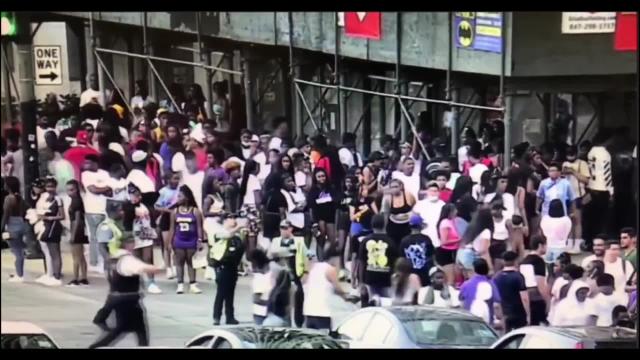 Chaos is unfolding in the San Sandia Cargo Port, as a Vooperian Warship shelled it a couple minutes ago. The SSCP is still enveloped in smoke, with crews being unable to enter due to low visibility. Panicked crowds are swarming the streets, where police with large megaphones attempt to corral the herd of people to the bunkers. Yale Melongly is one of these police officers, describing the scene as. “Absolutely insane, I’ve heard about this kind of stuff at school, but I’ve never seen such pandemonium in my entire life!”

The SSP (San Sandia Police) are desperately trying to regain control, but there’s just too much going on here. People are screaming, babies crying, and thousands are evacuating to the mountains, where they hope to be safe from any more shelling. King Unusederas is calling on the San Melonia National Guard to assist with the rescues, and is going to the port himself to help. In a statement to the press, he had this to say.

“We have no clue what is going on, but we are doing our best to get to the bottom of this.”